What is implantation bleeding? Keep on reading to find out!

Implantation bleeding is when light pink or brown spots occur, which is usually 6-12 days after conception. This is when the fertilized egg that forms after conception attaches itself to the interior lining of the uterus and thus causes light bleeding or spotting, often mistaken for a regular period.

Although it might seem alarming at first, it is actually a normal phenomenon for those going into early pregnancy. In other words, it is not dangerous and does not require any medical attention or treatment.

Generally, about a third of pregnant women experience implantation bleeding and while its timing may be similar to that of a normal period, they are not the same because there are differences between the two.

You might also see it referred to as Breakthrough Bleeding (BTB).

Implantation bleeding is one of the first and most definite signs of early pregnancy. It usually starts around a few days before the next menstrual cycle occurs. However, because it happens at almost the same time as a regular period, many women often question whether it is pregnancy or just a period.

The real question is; How can one tell the difference between implantation bleeding and a period?

Here are several key implantation signs to bear in mind:

However, these symptoms can also be related to PMS or ovulation and getting them along with pink/brownish spots might not have anything to do with pregnancy.

Are you pregnant, or do you just have PMS? Find out more here: PMS Signs vs Pregnancy Signs.

The Appearance of Implantation Bleeding

What does implantation bleeding look like? Let’s find out!

In spite of how identical they may seem to appear, there is a noticeable difference in the color of both implantation spotting and menstrual bleeding. Of course, not all women have the same kind of menstrual blood flow. Some women might experience a heavier flow during their period whereas for others, it may be more difficult to predict.

Even so, there are numerous differences that separate implantation bleeding from that of menstrual bleeding.

Implantation bleeding vs period: there are a number of ways that you can tell the difference between the two, including clotting, color, amount, and length of time. More details about them below.

Therefore, if your bleeding appears to be bright or dark red in color, lasts more than 3 days and is a full flow in which your pads and tampons are filling up, then it is possible that you’re experiencing menstrual bleeding.

However, if your period lasts less than normal, which is 3 days, your pads and tampons don’t fill up, the color of your bleeding appears pink/brown and you experience less cramping, then it is possible you are have implantation bleeding.

When Does Implantation Spotting Occur?

So you want to know when implantation bleeding occurs? Keep on reading!

Implantation bleeding typically occurs 6-12 days after conception (when the sperm joins the egg), when the embryo plants itself on the walls of the uterus. This allows some of the blood vessels within the uterus wall to break down and cause bleeding.

Menstruation, however, occurs 11-14 days after ovulation (the egg is released and when conception is a possibility), which is close to implantation bleeding and one of the reasons why the two are mistakenly viewed as similar. Some women assume their their periods are a few days early. Usually, implantation bleeding occurs a week before a woman’s expected period.

For example, if the expected date of your period is September 17th and you are sexually active, then you may experience and question some spotting between Sept. 10-17th, which could be implantation bleeding.

Typically, women are aware of the color of their normal menstrual flow, and so long as they are not on some new type of medication (like emergency contraceptives or birth control) or experience any changes in their stress levels, then their menstrual flow, color and consistency will remain the same. So if you find your spotting with a lighter pink color, this is usually out of place. 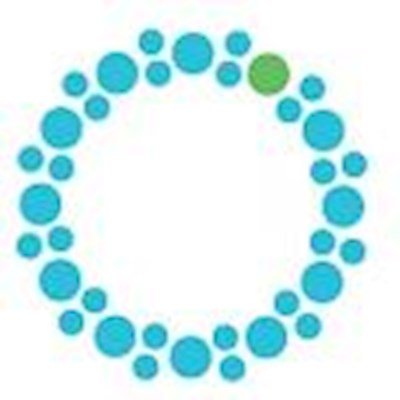 How Long Does Implantation Bleeding Last?

You may want to know how long implantation bleeding can last. In most cases, it’s a short amount of time, shorter than a regular period would be.

In most cases, implantation bleeding usually lasts somewhere between a few hours for over 3 full days. Those women who experience their first pregnancy will very likely bleed or spot more than those who are used to the egg attachment (similar to flossing gums for the first time and the gumline is aggravated and then eventually the bleeding lessens).

Should I Be Concerned about Implantation Bleeding?

There is no need to be alarmed or cause for concern when it comes to implantation spotting. If you experience spotting or bleeding a couple of days after you have missed your period, it might not be implantation bleeding. There are rarely any cases that are alarming about implantation and if there were, they would typically occur after a missed period.

Although post-implantation light bleeding that occurs during pregnancy is not normal, some of the main reasons for its occurrence are:

At least 50% of women who have experienced bleeding or spotting in general, will have a normal and healthy pregnancy.

If you’re experience some light bleeding, or spotting as a result of implantation, you may want to know what the treatment options are. In the vast majority of cases, this bleeding lasts for only a very short period of time and then it will stop by itself.

This means that there aren’t really any treatment options. However, if you’re bleeding a lot, at an usual time of the month, then check in with your doctor.

What are the Other Signs of Implantation and Early Pregnancy?

Besides implantation spotting, there are a few other early signs that you may be pregnant. Some of the most common signs of implantation include the following. They start with the earliest symptoms you may experience to some of the later ones:

Of course, everyone’s experience is different and you may, or may not experience these signs of implantation.

Some people think that some light spotting or bleeding just after ovulation is a sure sign of pregnancy. However, not everyone experiences this. According to the American Pregnancy Association, only around 1/3 of people have implantation spotting.

There are also a number of other reasons why you may experience some breakthrough bleeding.

The only way to be sure of pregnancy is to take a pregnancy test if your period is late.

How to Increase your Chance of Implantation?

If you’re trying to conceive and want to increase your changes of a fertilized egg implanting, here are a few tips. Of course, please consult with your doctor about this as well!

Regulated hormones are a big help when trying to get pregnant. Consider adding more fibre, fruits and veggies, and healthy oils to your diet. Cut back on processed and refined foods.

Try cooking some warm, nourishing soups and stews. What little embryo wouldn’t want to implant themselves in a body taking these things in?

Hormones released in response to stress may reduce your changes of getting pregnant. Although this can be a stressful experience, do your best to manage this in an effective way.

Studies have shown that getting 7-8 hours of sleep is the optimal amount. Strive to make this happen every single night.

The Power of Positive Thinking

Believe that you will pregnant, and it just might help do that! It can’t hurt, right?

Try to avoid things like running and lifting heavy weight when you’re hoping for implantation to occur. Instead, stick to the gentler things like walking, hiking, cycling, swimming, yoga, etc.

There’s one study that found an increased risk of miscarriage around the time of conception with the use of anti-inflammatories. Avoid them if possible.

Some studies have shown that caffeine can lead to an increase in miscarriages. Avoid it when trying to get pregnant.

Are there Other Reasons for Bleeding Mid-Cycle?

There are a number of other reasons besides implantation why you may experience bleeding in the middle of your cycle. Some of them include the following:

Estrogen and progesterone are the two hormones that regulate the menstrual cycle. They can get out of whack for a variety of reasons including thyroid disorders, medications, excessive dieting or exercise, etc.

When this happens, your periods can get quite irregular and you may also experience spotting mid-cycle.

The years leading up to menopause are characterized by fluctuating hormones and may result in bleeding between periods.

That said, there are also some more serious reasons why you may be spotting so check in with your doctor to find out the underlying cause.

If you’ve recently changed birth control, you may experience some bleeding mid-cycle. Your body will likely go through an adjustment period. If it continues, talk to your doctor about changing the dose, or consider another method.

All of these things are abnormal growths in the uterus. They can cause irregular bleeding, including spotting between periods.

Various kinds of infections or STIs can cause unusual bleeding or spotting.

This is a condition in which tissues that normally grow only in the uterus grow outside of it. This can result in pelvic pain, very heavy periods and also bleeding between periods.

Have you recently had vigourous sex or a pap test? You may have an irritated cervix which can cause some irregular bleeding.

Other Reasons for Bleeding or Spotting

Beside the things we mentioned and implantation/pregnancy, there are a number of other reasons why you might experience bleeding mid-cycle. Check in with your doctor for a proper diagnosis and a recommended course of treatment.

Implantation Bleeding and Spotting: Have your Say!

Any questions about implantation bleeding, or implantation spotting? Leave a comment below and let us know your thoughts.

What Is Fertile Mucus? | Cervical Mucus and Pregnancy

Perimenopause Pregnancy: Is it Possible?