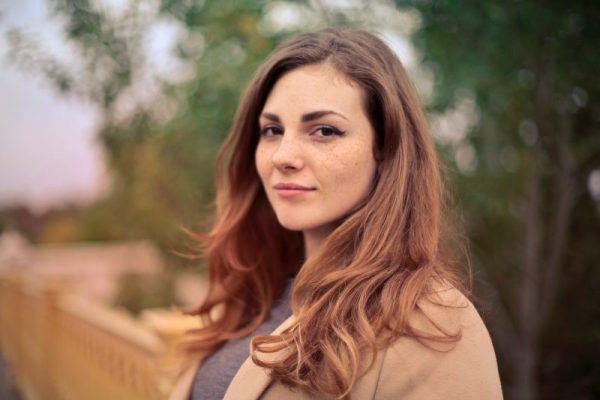 Breakthrough bleeding (BTB) is the vaginal spotting or bleeding that occurs between menstrual periods or during pregnancy.

During this phenomenon, the color of blood is either light red or darkish brown, just like the blood that appears it is at the start or end of a period. However, it may also similar to normal menstrual blood depending on the cause.

Women who use a contraception pill or any other form of contraception like an IUD experience frequent breakthrough bleeding. But there are other medications that can cause intermittent vaginal bleeding. If you’re not sure of the cause, consult your doctor right away.

Let us look into the most common causes that result in breakthrough bleeding, the solutions on how to manage or treat it and when should you talk it out with your doctor.

Causes of Breakthrough Bleeding (Not Pregnant)

Here are some of the causes of breakthrough bleeding in non-pregnant people include the following:

An intrauterine device or IUD is one of the more popular forms of birth control, which can be used for several years.

There are there two types of IUDs; hormonal and non-hormonal. Hormonal IUDs release a hormone that produces contraceptive effects, whereas non-hormonal IUDs contain copper that prevents pregnancy without using hormones as its name suggests. Both of them can alter the menstrual cycle, which is what leads to breakthrough bleeding.

This type of bleeding commonly occurs during the first three months after an IUD has been inserted.

BTB on the pill is quite a common thing.

Using hormonal birth control will cause women to experience breakthrough bleeding, especially if they have recently changed their contraceptive methods. This bleeding can occur for a couple of months as the body adjusts to birth control.

Even women who misuse birth control pills to bypass their periods will commonly experience breakthrough bleeding.

Monthly contraception packs contain three weeks of hormonal pills and an extra week of placebo pills. In the final week, a woman will experience a period because she is no longer receiving contraceptive hormones.

How to Stop Breakthrough Bleeding on the Pill

However, women can take an extra three weeks of contraceptive pills after using up the first three-week batch of pills. Many doctors say that this is safe to take for about three months at a time.

Other types of hormonal contraceptive pills that include levonorgestrel and ethinylestradiol can extend the amount of time between periods. For instance, women who take this kind of medication may get a period after every three months. The only problem is that this type of contraception may cause breakthrough bleeding.

Those who use hormonal contraceptives may likely experience breakthrough bleeding if they:

If you spot between cycles, it can often indicate that you’re in perimenopause (pre-menopause). This usually happens around the age of 50, and besides spotting, you may experience some of the following symptoms:

However, if you’ve reached menopause (no bleeding for 1 year), spotting can be a sign of something like cancer.

Endometriosis is a phenomenon when that occurs when tissue like that of the uterine lining grows everywhere in the pelvic area. The tissue can develop in the fallopian tubes or the ovaries or around the bowels or bladder.

The symptoms that accompany endometriosis are:

The pain experienced during this phase is said to be so severe that the person is unable to engage in any regular activities.

To make matters worse, it is hard for women to get pregnant during endometriosis. Learn more here:

Everything you Need to Know about Endometriosis 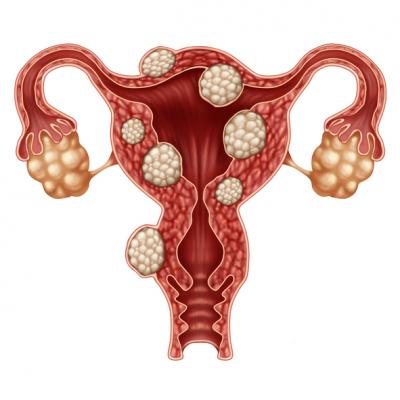 Breakthrough bleeding can also be caused by the following conditions and infections:

An infection can also cause other symptoms such as:

Every one of the above issues requires medical attention.

Abnormal growths that form in and around the uterus are called uterine fibroids. There are caused by a number of factors, such as hormones or genetics.

Some people with uterine fibroids may not have any symptoms whereas others may experience breakthrough bleeding. There are other symptoms, which include:

Fibroids can either be small or big enough to twist the uterus.

Check with your doctor and get tested for sexually transmitted infections such as chlamydia or gonorrhea regularly. If you go to get any sort of spotting, bleeding or discharge checked out, you’ll often get a test for STI’s done.

Also be sure to use condoms, especially with new partners, or if you have more than one.

Sometimes the uterus is weak and doesn’t contract strongly enough to shed all the menstrual fluid from the uterine lining, causing it to leak out after. You may think your period has stopped, but it actually didn’t really.

Ovarian or cervical cancer can result in irregular bleeding or vaginal discharge. In particular, you may notice some blood-streaked discharge which you dismiss as spotting. You should actually check in with your doctor about this.

There are some women who find that their periods start quite slowly. In this case, it may seem more like spotting for a day or two before it started properly.

The reproductive hormones, progesterone and estrogen are always in a state of flux throughout a woman’s menstrual cycle. If there is an irregularity, a woman can experience spotting outside her normal period. There are a number of reasons why she might experience this.

Breakthrough bleeding can be experienced in at least 30% of women who are in their early stages of pregnancy.

If you experience vaginal bleeding during pregnancy, visit your doctor at once.

Implantation bleeding occurs when the egg gets embedded in the uterus. It usually occurs, 6 to 12 days after conception and just a few days before missing the first period.

Fortunately, the bleeding is so light that there is no need to use a tampon or a pad. Many women with implantation bleeding are unaware of that they are pregnant.

The cervix is located at the uterus’ base. It softens and becomes more sensitive during pregnancy. Vaginal exams and intercourse are more likely to cause irritation.

If bleeding of the cervix is not linked to the exam or intercourse, it could be a sign of cervical insufficiency. This is when the cervix starts to open before the baby is fully developed, which could accelerate the risk of premature delivery.

This happens when the placenta has been separated from the original area of the implantation. The bleeding that follows could be light or heavy.

Normally, subchorionic hematomas are harmless, but your doctor should perform some tests to check for any bleeding that may occur during pregnancy.

Heavy bleeding does not always lead to miscarriage. 50% of women who experience bleeding during the first trimester of their pregnancy are safe from a miscarriage.

This is because miscarriage occurs when pregnancy finishes on its own in the first 20 weeks. After those weeks, it is called a stillbirth. That is where 25% of pregnancy end in a miscarriage.

Ectopic pregnancies happen less commonly and only occur when an embryo embeds in the fallopian tubes instead of the uterus.

Bleeding that is caused by miscarriage or ectopic pregnancies could be heavy and can be followed by abdominal cramping.

What about Heavy Bleeding During Pregnancy?

You may have seen some of those TV shows about people who didn’t know they were pregnant until a baby popped out. Not having periods would be a sure sign of pregnancy, but there are indeed people who have spotting throughout their pregnancy around the normal time of their period.

But, what about heavy bleeding or something that resembles a normal period. Can this happen when you’re pregnant?

Not really. If you’re indeed pregnant, and experiencing heavy bleeding that seems like you’re period, you may have a problem of some kind.

Or, perhaps you aren’t actually pregnant if you have what seems like your period. Either way, check in with your doctor to be sure.

When To Visit Your Doctor about Breakthrough Bleeding

In spite of this phenomenon, breakthrough bleeding is nothing to be alarmed about. It is often a side-effect of cervical irritation or contraception. Breakthrough bleeding usually resolves on its own without the need for medical treatment or medications.

However, if you start to experience other symptoms along with breakthrough bleeding, such as fibroids and STIs which are known to cause complications if left untreated, then you have to see your doctor immediately.

Also, see your doctor if you experience unexplained vaginal bleeding. In some cases, the bleeding may be a sign of a sensitive cervix, though it could be a severe issue.

Some of the most common reasons to check in with a medical professional include:

At the very worst, your doctor will tell you it’s not a big deal and not to worry about it! At best, they’ll catch an otherwise serious condition and you’ll get some treatment for it.

Is it Spotting or My Period?

If you have what seems like spotting before your period, it may be unclear if it’s actually your period. Here are some things you can keep in mind about the spotting vs period thing.

Does that help you figure out if it’s pre period spotting, or just your regular period?

How to Deal with BTB

Okay, so you’ve got some breakthrough bleeding, or spotting going on. What are the best ways to deal with this?

Most people use disposable pantyliners. These can sometimes cause irritation and an increase in things like yeast infections or bacterial vaginosis if worn all the time. There are some better options out there. They include:

If you’re going to use disposables, then be sure to opt for organic. They don’t contain toxic chemicals in them and people with sensitive skin will probably notice a big difference.

Besides that, they don’t contain plastic so are much better for the environment. You can check out some our top picks here:

The next option you might want to consider to deal with BTB are cloth pantyliners. They’re very similar to disposables, but they’re made from cloth, charcoal, bamboo and other natural materials.

Unlike disposable pads which have a sticky backing, these ones stay in place with snaps on the wings. Most people find them very comfortable, and they’re also very eco-friendly. It can make a big difference if you’re using them for a number of weeks out of each month.

Check out some of the best ones here: Top 5 Cloth Pantyliners.

Finally, some people use period panties to help them deal with spotting. You can check out some of the best ones in the chart below:

Breakthrough Bleeding: Have your Say!

Any thoughts or questions about spotting mid-cycle? Leave a comment below and let us know.

Menometrorrhagia: What is it? | Heavy and Irregular Bleeding

Hypermenorrhea: What is it? | Heavy or Prolonged Bleeding