You are here: Home / Menstrual Cup FAQs / Hypermenorrhea: What is it? | Heavy or Prolonged Bleeding

Are you looking for some information about a heavy and/or long period? Then keep on reading for all the details you need to know about what’s officially known an hypermenorrhea.

Hypermenorrhea, also known as menorrhagia, is a menstrual period with abnormally heavy and/or prolonged bleeding. Sometimes women can naturally bleed more than others, but heavy bleeding is usually when there are serious fertility or health problems present.

During menstruation, the average blood loss is usually around 30 to 40 milliliters, which is equal to 2 or 3 tablespoons over a 4 or 5 day cycle. This usually requires changing your pad or tampon every 6-8 hours. Or, emptying a menstrual cup 2-3x a day.

But with Hypermenorrhea, or Menorrhagia, there are 80 milliliters lost in a single cycle, which is twice the regular amount.

This kind of flow can last more than a week and requires the affected woman to change her tampon or pad every 2 hours or perhaps even more.

A common question that your doctor will ask is how often you have to change your tampon. If it’s every hour or two for multiples times in a row, you may be diagnosed with this condition.

One of the Most Common Menstrual Conditions

It’s one of the most commonly known and reported gynecologic complaints. An underlying cause cannot be identified with in more than half of the affected women, but it can nevertheless be a serious problem.

What is the difference between these two conditions? There actually isn’t any! They are two names for the same thing—very heavy and/or prolonged bleeding. 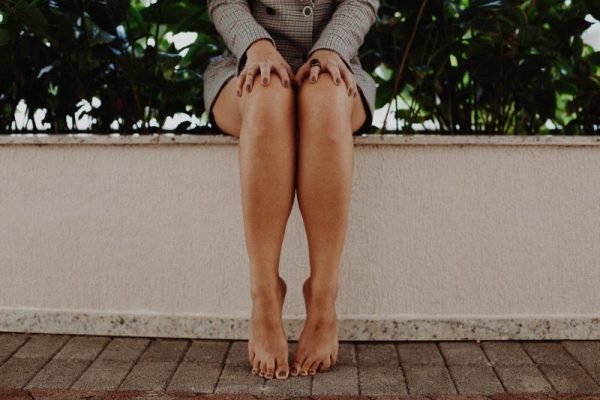 There are a number of reasons why you might have heavy and/or prolonged menstrual bleeding. We’ll give you a few of the most common ones here:

Hypermenorrhea can occur when a menstrual cycle does not produce an egg, hence resulting in a hormonal imbalance. Any menstrual cycle that lacks ovulation, which is also known as anovulation, are common with those who:

Other reasons for this disorder are:

Usually, the balance between progesterone and the hormones estrogen is supposed to regulate the buildup of the lining of the uterus (endometrium). But with a hormone imbalance, endometrium can develop in excess that will cause it to shed because of heavy bleeding.

Hormone imbalance can be caused by a number of conditions such as obesity, thyroid problems, polycystic ovary syndrome (PCOS) and insulin resistance.

It can also be caused by fluctuating hormones during perimenopause (the time leading up to menopause).

They can cause a longer and heavier than normal menstrual bleeding. These are benign (non-cancerous) tumors can happen during childbearing years.

If the ovaries do not release an egg during menstruation, your body is unable to make hormone progesterone, thereby causing a hormone imbalance.

The endometrium glands get embedded in the uterine muscle.

These are non-cancerous growths that can lead to higher hormone levels.

This device is used for birth control, but can lead to heavier-than-normal bleeding. Go check up with your doctor to plan for better management options.

High-capacity menstrual cups are a much better way to deal with a very heavy period than tampons. Check out some of our top picks here:

Infections of the Pelvis

For example, Chlamydia (an STI) can lead to heavier than normal bleeding.

Cervical, ovarian and uterine cause menstrual bleeding in excess, especially if you previously had an abnormal Pap test or if you are postmenopausal.

Miscarriages might cause a late, heavy period. A placenta previa or a a low-lying placenta is another reason for heavy menstrual bleeding during pregnancy.

When reproductive organs are infected, they can cause numerous severe complications.

Among the many disorders in this include a platelet function disorder or the Von Willebrand’s disease.

Medications that can cause Heavy Bleeding

Medications that can cause heavy and prolonged menstrual bleeding include anticoagulant and anti-inflammatory drugs, and hormonal medications like progestins and estrogen.

Endometriosis is a condition in which the tissue that normally lines the uterus grows in other places, namely the other female reproductive organs. One of the most common symptoms is pain, but heavy bleeding can also occur.

People that have bleeding disorders have a hard time with clotting. This can lead to very heavy periods that may be part menstrual fluid, and part just bleeding.

Other medical conditions that cause include liver or kidney disease, and thyroid disorders.

Symptoms or signs that indicate you have menorrhagia could be any of these:

Along with heavy bleeding, there may be additional symptoms:

Basically, if your menstrual bleeding gets in the way of your social, physical or emotional well-being, then you must seek immediate medical aid.

So, you want to learn how to make your period lighter? Your first stop should be your doctor’s office! Here are some of the treatments available, but of course, which one is right for you depends on the cause of your heavy bleeding.

There are several ways to treat menorrhagia, such as:

For those who have a bleeding disorder such as mild hemophilia or von Willebrand’s disease, use Stimate or Desmopressin nasal spray to boost the levels of blood-clotting proteins.

To treat dysmenorrhea or menstrual cramps and decrease blood loss, use Nonsteroidal anti-inflammatories (NSAIDs) such as Advil or ibuprofen. Be advised that NSAIDS can also increase the risk of bleeding. You should undertake this treatment only on the advice of your doctor.

Of course, please check with your doctor for the best course of treatment for your specific situation. Treatment for Hypermenorrhea depends largely on the underlying cause of it.

What are the Symptoms of Low Iron?

If you suffer from Hypermenorrhea, then it’s not uncommon to also have low iron levels, especially if you are vegan or vegetarian. Some of the most common symptoms include the following:

The good news is that low iron levels is easy to diagnose with a quick trip to the doctor for a blood test. Treatment usually involves iron supplements, but they are serious stuff so should only be taken on the advice of a doctor.

If medical therapy has been unsuccessful, then you have to opt for surgical procedures to treat menorrhagia.

These procedures will be applied depending on the cause and extent of the condition, the health and age of the patient, as well as their personal expectations and preferences. 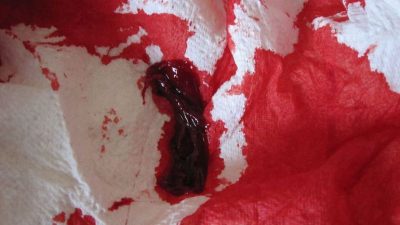 Upon visiting your doctor, they will ask you several questions before conducting a physical examination.

These are the tests that will help identify if you have menorrhagia:

You can also keep a period diary to document the duration and heaviness of your menstruation to assist in the diagnosis.

Your doctor will likely ask you the following questions:

How to Track your Heavy Periods

If you suspect that you may be suffering from Hypermenorrhea, you may want to know how much you’re actually bleeding. Pads and tampons aren’t really the best way to find this out because it’s hard to know if they’re fully saturated, or not.

A menstrual cup can be a better option. Many of them have measuring marks on them to make it easy to measure the volume of your period.

Check out some of our top picks for high-capacity menstrual cups here:

How to Stop Hypermenorrhea?

Is there medicine to stop periods after it has started? The easy answer is no! Remember that menstruation is the bodies way of shedding the lining of the uterus. You don’t want this stuff hanging around because it can lead to some bigger problems later.

If you’re currently experiencing a very heavy flow, there is essentially no home remedies you can use to stop it immediately. Nor is there medicine you can find at the pharmacy.

Please make an appointment with your doctor to explore things like hormonal imbalances, fibroids, recent IUD insertion, etc. You may be able to reduce your very heavy periods in the ensuing months.

If your flow is extremely heavy and you’re feeling weak, dizzy or faint, see a doctor for immediate treatment. Something may not be right.

How to Deal with Heavy Periods

If you have very heavy periods that require doubling up on pads and tampons, you may be looking for a better solution.

The best advice we can give you is to visit your doctor. As you can see, there are various treatment options, depending on the cause of your heavy, or prolonged periods.

Beyond that, consider using a menstrual cup. A jumbo tampon holds 10 ml, while the average cup can hold 30 ml. That’s a game-changer.

Beyond that, menstrual cups are far cheaper than tampons, better for the environment, and also come with a much lower risk of Toxic Shock Syndrome.

One of the menstrual cups that we recommend is the Saalt Cup. It’s new to the menstrual cup scene, but it’s quickly becoming a cup that people love. It has excellent user ratings and reviews over on Amazon.

You can check out this popular period cup for yourself over on Amazon:

Why is my Period So Heavy this Month?

If you normally have light-average period, but you suddenly have a very heavy period, it’s a cause for concern.

For example, if you normally change your tampon or pad every 5-6 hours, but suddenly have to do it every 1-2 hours, you should see your doctor.

Any sort of changes in your cycle require a visit to the doctor. These changes could include a heavier, or lighter flow, longer or shorter one, or a different length of time between periods.

So, if your period is way heavier than normal this month, please make an appointment to see your doctor!

Do you want to make your period flow lighter, without all the medications?

Your first stop for a very heavy period should be your doctor’s office. They have, by far, the most effective treatment options. Many of the home remedies involve adding more iron to your body, which treats the symptoms of Hypermenorrhea, but not the underlying condition.

That said, are there any home remedies that you can try for Menorrhagia? Let’s find out!

You can try things like staying hydrated, eating foods rich in Vitamin C, putting more iron into your diet, or cooking in a cast-iron pot.

For more details, check this out: Home Remedies.

Hypermenorrhea: Have your Say

Menometrorrhagia: What is it? | Heavy and Irregular Bleeding

Menorrhagia: What is it? | Symptoms and Treatments for Heavy Periods

Is the Diva Cup Good for a Heavy Flow?