There are a number of stops along the way from having a period, to not having one for a year (officially consider to be menopause). It’s actually a common perimenopause myth that you have normal periods, and then they suddenly stop.

We’ll give you a brief rundown of the stages of Menopause, including the following: 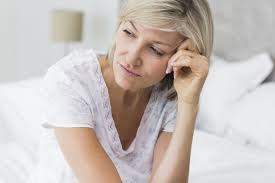 Learn more about the Stages of Menopause

Perimenopause is the stage when you might first begin to notice some symptoms of changing hormones, specifically a reduction in the amount of estrogen produced. These perimenopausal symptoms can include:

During the early phases of perimenopause, you may notice some of these symptoms, but you may not have any changes to your menstrual cycle yet. That will soon come though!

If your symptoms are particularly severe, you may want to talk to your doctor about Hormone Replacement Therapy (HRT). However, there are some risk factors to using them, so check in with your doctor if the benefits outweigh these risks in your particular situation.

The closer you get to not having periods any more, the more irregular your periods will become. There are a number of things that can happen:

This time period is characterized by changing hormone levels, so just about anything can happen with regards to the menstrual cycle. 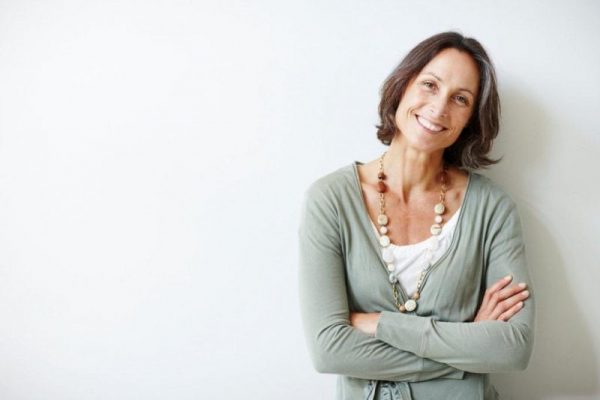 Finally, in late Perimenopause, you may begin to miss or skip periods. It officially happens when you’ve gone more than 60 days without your period. This signals that it’s not far away.

Of course, there are other reasons for missing a period, including pregnancy. More details about that here: Amenorrhea.

The Stages of Perimenopause

When you miss a period, begin a countdown. This period of time officially lasts 12 months. If you have a period, the countdown goes back to zero. Then, begin again.

If you reach 12 months without menstruating, you are in the next phase, post-menopausal period.

Please keep in mind that as long as you have a period, it is indeed still possible to get pregnant. So, if you’re in this stage of life, but are having unprotected sex, you may also be pregnant if you start to miss periods.

After 12 months of no bleeding, you’re considered to be post-menopausal for the rest of your life. Your ovaries are no longer releasing eggs at this point in time.

Bleeding during this phase is NOT normal, so be sure to check with your doctor ASAP is this does happen to you. It could be an indication of some quite serious things, including ovarian cancer.

During the postmenopause phase, you may experience some of the following things:

Most of these things are caused by a lack of estrogen.

During this time, you’re at a higher risk of a number of diseases including osteoporosis, heart disease and cancer, so maintain good health and check in with your doctor periodically.

Learn What to Expect During this Stage of your Life

What Age Will my Periods Stop?

Menopause happens at different ages, but the average is 51.5. However, some people can go through it as early as 30, or as late as 60. It’s most dependent on when your mother went through menopause.

Actually, one of the most common myths is that it happens at 50. It’s certainly not the case, so keep on reading to find out all the details about this. 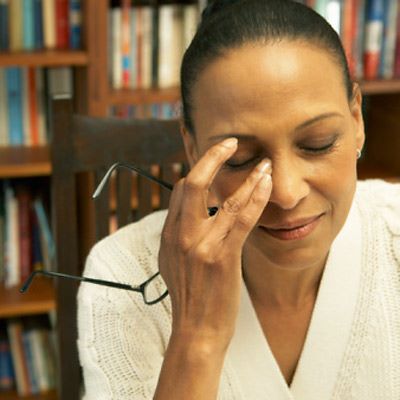 Factors for the Age of Menopause

When menstruation ceases depends on a number of factors. Here are a few of the main ones.

Of all the factors listed, this is by far the most important. You will likely fall within a few years of when your mother went through menopoause.

There is a strong genetic link to when you’ll start your period, perimenopausal symptoms, and when your periods will stop.

Sometimes people may go through it earlier due to a one time, or inherited issue related to genetics.

This lifestyle factor is by far the more damaging to your ovaries than anything else. So, if you smoke but your mother didn’t, you’ll probably reach it sooner than she did, and vice-versa.

Most forms of chemotherapy are damaging to the ovaries. So if had this kind of treatment, you can expect to undergo menopause a couple of years earlier than you might normally.

Surgery on the Ovaries

With ovarian surgery, healthy tissue is also damaged. This can lead to an earlier menopause.

One of the factors that impacts the menopause age range is your ethnicity.

There is more research being done into additional things that may bring on early menopause. It’s thought that there might be a connection between pollutants and age when your periods stop.

Things that you Think Might Influence Menopause, but Don’t

Here are three things that people think influence the age of menopause, but they actually don’t.

Neither of these things have any impact on the age of menopause.

Use of Hormonal Birth Control

Even if you use birth control that stops ovulation, the age at which you go through menopause shouldn’t be impacted.

Can I Delay Menopause?

If you’re trying to get pregnant at a later age, you may want to know if you can delay when your periods stop. The bad news is that this isn’t possible.

What is possible is to go through it a bit earlier than you naturally would because of the factors we’ve already mentioned (chemotherapy, smoking, etc.).

If someone experiences early menopause in their late 30’s or 40’s, it could be related to a lifestyle choice, or their mother could have also experienced earlier than average menopause.

How Long Does Menopause Last?

Perimenopause is the period of time before menstruating ceases. It lasts from 4-10 years, so most people will go through it in their 40’s.

As you get closer to menopause, your periods will get further apart, and eventually they will stop. Once you haven’t had a period for 12 months, you’re officially in menopause.

What Age Does Perimenopause Happen?

How about Early Menopause?

Although the average age of menopause in North America is around 50, there are a small number of people who go through it much earlier in their 30’s, or even 20’s.

There are a number of causes for it, and also some treatment options available.

What about Perimenopause Treatment?

Okay, so you’re going through the stages of perimenopause, and are perhaps experiencing some pretty serious symptoms. Are there any treatment options available, or do you just have to suffer through it?

Hormone Replacement Therapy (HRT) is the standard treatment options. However, it does come with some risks and it’s not right for everyone.

You can learn more here: Treatment Options During Perimenopause.

There are also some people who advocate for supplements to deal with the symptoms of perimenopause, as well as to help regulate hormones. Results are kind of mixed, but you can see if they might work for you.

Do Men Go Through Menopause?

It all seems so unfair that women have to go through perimenopause, and menopause with the hot flashes, weight gain, and variety of other symptoms. What about men? Do they escape without anything happening to their bodies?

Find out here: Male Menopause: Is it a Thing?

Stages of Menopause: Have your Say!

What are your thoughts about the various stages of perimenopause? Leave a comment below and let us know your thoughts.

Perimenopause: Everything you Need to Know | Pre-Menopause

Signs Perimenopause is Ending | When Does Menopause Start?

« Why is My Period So Light This Month? | Hypomenorrhea
Light Period Brown Blood: Reasons, Treatments and More! »