What is normal, and what isn’t for a menstrual cycle? Do you have shorter periods than usual? Let’s find out! 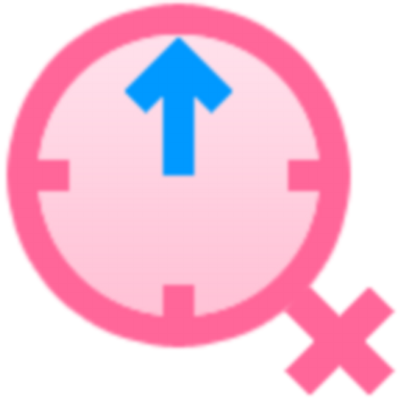 What is a “Normal” Menstrual Cycle

First of all, let’s find out what is considered to be a normal.

The average length of a cycle is 28 days. It’s measured from the first day of bleeding one month to the next day of bleeding the following month. It can be as little as 21 days, or as long as 35. There are some menstrual phases that are the same from person to person, but of course, the length of time can change.

Most people menstruate for 5 days, but it can last for 2-8 days.

You can find out more here: All About Your Cycle.

Should I Be Worried about This?

What about if you normally menstruate for 6 days, but you have a few months in a row where it’s only 4 days. Is this a cause for concern?

In general, when you have any changes to your cycle, including: heavier/lighter flow, spotting between periods, varying cycle length, or number of days you’re menstruating, you should check with your doctor. It can be a sign of a menstrual disorder that requires treatment.

There are some potentially serious medical conditions that can cause this. In addition, there are various treatment possibilities to deal with these things.

My Period is Shorter than Normal

Why are My Periods Getting Shorter?

There are a number of possible reasons for a short period, as well as other menstrual disorders in general. Some of them include the following.

Two possible reasons are related to age include puberty and perimenopause.

It takes a few years for periods to become less irregular after you go through puberty. If you’re very young, it could just be fluctuating hormones during this period of your life.

Another age-related reason is perimenopause, or the years before menopause. The average age of menopause is 51.5, so it will happen to most people in their 40’s and last for 4-8 years.

It’s common for periods to get lighter during this time until they eventually cease altogether. When you don’t have a period for a year, you’re considered to be menopausal.

Not that this is the only way that a period changes during perimenopause. Like puberty, just about anything can happen! More details on that here: Learn More about Perimenopausal Periods. 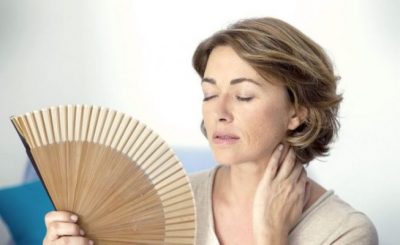 Some of the lifestyle changes include stress, excessive exercise, weight changes, or eating disorders.

During periods of significant stress, your whole body is impacted. This impact can include hormone production, including those that regulate your cycle.

If you exercise a lot, but don’t eat enough, your body can enter “starvation” mode. For example, if you’re training for an Ironman triathlon, or an ultramarathon. A jog around the block a few times a week won’t do it!

When your body enters this mode, all calories go towards critical functions which keep you alive, and not towards the less critical things like producing reproductive hormones.

That’s why you can miss your period, or why it might not be as long as usual.

With significant weight changes, many people experience irregular periods. For example, after gastric bypass surgery or with extreme dieting (less than 1000 calories a day).

Another example of this is eating disorders, which can disrupt normal bodily functioning.

Our periods are affected by changes in sleep patterns, similar to stress can impact your body’s reproductive functions.

For example, if you switch from working days to working nights, your hormones may be altered. This may not be a big deal if you maintain this change to working nights and your body gets used to it.

However, if can wreak havoc on your period (and ability to get pregnant) if you’re constantly switching back and forth and your body doesn’t have time to adapt.

People who are breastfeeding may experience very short or light periods, or no periods at all. This happens because your body is releasing hormones which suppress ovulation.

When you stop, or reduce the amount of breastfeeding, your cycle will return to normal eventually. In the short term, it could be light or shorter.

Some medications can cause your period to not be as long as normal. The main ones are hormonal birth control, thyroid medication, or prescriptions for anxiety, inflammation or epilepsy.

When starting birth control (hormonal IUD or birth control pills), it’s very normal for periods to be shorter and/or lighter. This is particularly true if you’ve previously had a very heavy/long period.

There are a few medical conditions which can cause your period to be shorter than usual. They include:

Beyond these menstrual cycle kind of problems, there are other illnesses that can impact your period. For example, thyroid problems will have a serious impact on your hormone levels.

There are some very serious conditions which can cause this. They include:

Pregnancy with a Short, Light Period

A common question is whether or not you can be pregnant, and still have a short, light period. It’ll often happen around the time when you’d normally expect menstruation to occur, which can lead to a bit of of confusion.

During pregnancy, this irregular bleeding/spotting is often dark brown, or light pink. It’s not enough to fill a pads, tampons or a menstrual cup over a few days. If you soak through tampons for example, over a few days, you’re probably not pregnant.

There are a number of reasons why you might experience some light bleeding, especially during early pregnancy. They include:

Around half the people who have light bleeding during the early stages of pregnancy go on to have a normal pregnancy. However, sometimes this light bleeding can be heavier, which would be an indication of a miscarriage.

Check in with your doctor for treatment choices specific to your situation if you experience bleeding or spotting during pregnancy.

Does a Shorter Period than Normal Impact my Chance of Getting Pregnant?

If you have a period of only 2-3 days, it doesn’t necessarily reduce your chance of getting pregnant, although results are mixed. Two studies done in the past couple of decades indicate that people with shorter period may have reduced fertility rates.

However, the latest study shows that a period shorter than usual does not result in reduced fertility. However, a short menstrual cycle of less than 25 days (measured from the first day of menstruation to the first day of next menstruation) does. Having a very short period of only a couple days could result quite easily in a short cycle however.

What may really matter is this: if you’ve previously had longer periods, but they’re now shorter, it could be an indication of reduced fertility. This is because there is probably a hormonal disturbance of some kind.

It could be that you’re older and approaching menopause, or it could be another kind of problem.

If you’re trying to conceive, ideally you’d have a very regular, predictable menstrual cycle, whatever that is for you. This is a sign that things are most likely happening as they should with your reproductive system.

Check in with your doctor for the best advice for your specific situation.

Most people find that having shorter periods is certainly not a problem! That said, as you can see from the previous section, there are certainly some serious reasons why this might be happening. You should visit your doctor to rule these out.

In addition, because there are so many potential reasons, it’s impossible to give any one treatment option. It really does depend on the underlying condition causing it. Again, your doctor will be in the best position to give you some advice specific to your situation.

Beyond that, you could also consider some of these home remedies for painful, or irregular periods.

How Can I Track my Period?

This can be useful information for your doctor to have.

I Don’t Have Periods at All!

Are you 15 years old, but haven’t gotten your period yet? You have Primary Amenorrhea.

Or, maybe you’ve started menstruating, but have now missed three periods in a row? You are considered to have Secondary Amenorrhea.

There are some natural reasons for this, including pregnancy, but missing periods can also indicate a far more serious problem.

What about a Short Menstrual Cycle?

Okay, so your period length is fine. You’re maybe bleeding for 4-5 days. However, perhaps your cycle is less than 21 days, and it always seems like you have your period!

You could have Polymenorrhea, or a shorter cycle than normal. The good news is that there are various treatment options, depending on the cause.

We recommend checking in with your doctor. Or, find out more details here: Polymenorrhea.

My Periods are Lighter than Normal

Instead of having a short period, some people have periods than are lighter than usual. What are some of the causes and treatments for this condition known as Hypomenorrhea? Let’s find out, but many of the reasons and treatments are the same.

During puberty and perimenopause, the reproductive hormone are often fluctuating wildly. This can lead to some irregular periods, particularly when you start menstruating for the first time.

Have you heard of those stories of people who didn’t know they were pregnant until the baby popped out? It doesn’t seem possible because you usually skip periods when you’re pregnant. However, one reason that this can happen is that they continue to have super-light periods.

Either of these things can cause some irregularities in your cycle. In some cases your periods can stop altogether, but more frequently, they’ll just be lighter than normal.

There are a number of medical conditions that can cause light periods. Some of them include:

With these conditions, you’ll probably also notice other symptoms that may interfere with your daily life.

While lighter periods may not seem like such a bad thing, the cause behind them can be serious. Think about it like this. If you’re exercising enough that your periods are stopping, you’re likely doing harm to other bodily functions. Same with something like untreated PCOS.

Polymenorrhea: What is it? | Short Menstrual Cycle