You are here: Home / Menstrual Cup FAQs / Girls Get Periods. What Happens to Boys at Puberty?

We all know what happens to girls once they reach puberty—they begin menstruating, aka get their period. But, what happens to boys at puberty? It’s a little bit less clear and there is no one single sign of a boy in puberty.

But, let’s find out more about boys at puberty. 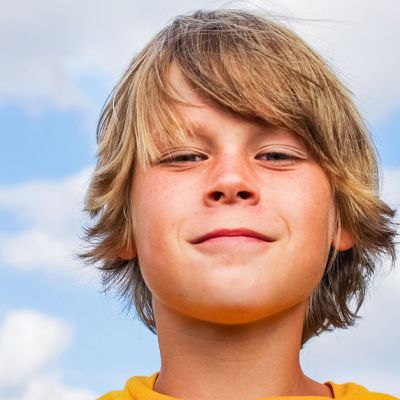 Learn more about boys at puberty

When boys start going through puberty, their testicles (testes or balls) begin producing testosterone, which is the hormone for males. As a result of this, an adolescent male’s body undergoes a series of changes.

You begin to notice this when you start growing taller and develop muscles. Other physical changes happen to your voice, genitals, body hair, and also your breasts.

At the advent of puberty, hair will start growing from under your arms and around the pubic area next to your penis and testicles. Initially, this hair will be fine and straight, but will get curlier and thicker as you grow older. You will also grow hair on your arms, legs as well as upper lip and chin.

When Do I Shave?

In the beginning, the hair on your face will be fine and soft, but will get more bristly as you age further. You won’t need you shave much during your early teenage years, but will so in your later years.

Of course, the time when you start shaving is your own choice. You may want to talk it over with your father first or another trusted adult for advice before you begin. Either one of them can share some useful shaving tips with you. But try not to share your razors with others.

When undergoing puberty, your larynx grows bigger and then your voice ‘breaks.’ As such, your vocal cords grow quickly. Now while it is breaking, you may have noticed that your voice can at times go squeaky when you try to talk. But once your cords have finished breaking, you will have a deeper manly voice.

The male genitals, otherwise known as penis, is one common area of our body that we tend to focus on the most. Penises certainly grow during puberty, but at a gradually slow rate.

During puberty, you will begin to notice a change in how your testicles (testes) operate, which is caused by the production of male hormone (testosterone) in your system.

What this means is that your testicles will start producing sperm. Sperms are like tadpoles with ‘tails’ that allow them to move and can only be viewed through a microscope since they are too tiny for the human eye.

To promote normal sperm development, the testicles need to kept cool. This is why the testes hang out in a sac called the scrotum. It is also quite normal for one testicle to hang lower or be larger than the other one.

Some boys at birth may have experienced a phenomenon called ‘undescended testicles,’ in which one or both of their testicles do not move down into their scrotum. But this is usually fixed afterwards.

There are also times when the testicles that have moved down into your scrotum, pull back into your body, like during sexual intercourse or in cold water. Rest assured, this is normal and the testicles eventually move back into place on their own. However, if you still have any concerns about your testicles, then consult your doctor.

Why Is It A Good Idea To Check My Testicles?

It is important to check the size and shape of your testicles to ensure that both of them are of equal size, shape and texture. But as we said earlier, it is quite normal if one of them is bigger than the other. A good time to check your testicles is when you’re in the shower.

However, if you notice any particular changes in your testicles, like a lump, then it is crucial for you to see your doctor. Cancer of the testes is one of the most common cancers for men between 15 to 30 years of age.

How Do Take Care of My Foreskin?

As you may have figured, the foreskin is a piece of folded skin that covers the top of your penis (glans). It is very important to keep the area below it cleaned. The foreskin has to be pushed back so that the glans can gently be washed.

Foreskins can at times be circumcised or surgically removed by groups according to their cultural or religious beliefs. But doctors rarely recommend circumcision at such a young age. Sometimes older boys are circumcised for medical purposes, but this hardly ever happens.

Learn more about the puberty in boys stages here:

By the time your body goes through puberty and later on in adolescence, you will start noticing changes both physically and emotionally. These feelings are the triggers that prepare us for adulthood, begin a relationship with the girl we like, get married, practice sex and have kids.

What Causes My Penis To Go Erect?

The one sure sign of sexual feelings in boys is when their penises go erect. This happens when the penis is stimulated by hand or when a boy or a man become sexually aroused. When this happens, the penis goes from small, soft and limp, to large, hard and erect.

This phenomenon is known as an erection. It is also worth noting that the penis is not made of muscle and does not contain any bone. The reason the penis gets erected is because the tissue gets filled with blood under pressure.

Now while penises normally vary in size and appearance for adults, they are almost similar in size when erect.

There is also another common phenomenon known as ejaculation. A thickish white liquid is produced by the prostate gland and the seminal vesicle. This happens when men ‘come,’ ‘reach their climax.’ or have an orgasm and semen is dispensed from the urethra opening of the erect penis.

The milky fluid or ejaculate consists of 200 to 500 million sperm.

What is a Wet Dream?

Sometimes during puberty, your body can get sexually aroused even while you sleep. Ejaculations that happen during your sleep are called nocturnal emissions, or better known as ‘wet dreams.’

Signs of Boys in Puberty

Learn more about some of the signs of puberty in boys here:

What about Male Menopause?

Is Male Menopause a Real Thing?

What Happens to Girls at Puberty?

If you’re looking for information about what happens to girls at puberty, you’ll want to check this out:

In general, it’s more obvious for girls than it is for boys, as they begin to develop pubic and underarm hair, breasts and then they eventually enter into menarche (the first menstrual cycle). 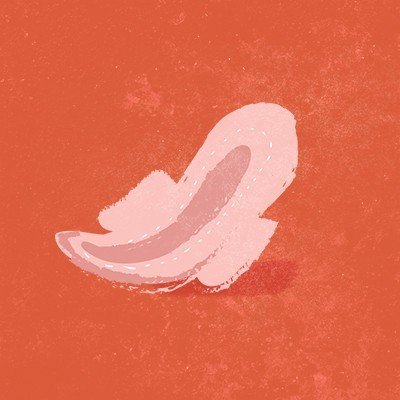 Boys at Puberty: Have your Say

Any questions or comments about what happens to boys at puberty? Leave a comment below and share your thoughts.

First Periods: What to Expect? | Menarche

How Long Do Periods Last? | Days Between Cycles