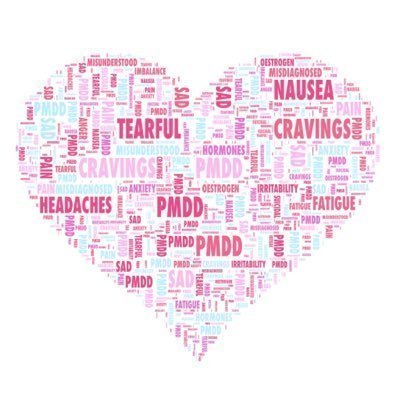 All about Premenstrual Dysphoric Disorder (PMDD).

Premenstrual dysphoric disorder (PMDD) is known as a severe and disabling form of premenstrual syndrome.

According to one medical report, between 20-40% of women feel moderate to severe premenstrual symptoms (PMS). Also from the report, between 3-8% of those women experience symptoms that interfere with their normal daily functions.

In fact, PMDD is so severe that it demands immediate treatment by the time it occurs. Some of the most effective treatments include medication and lifestyle changes.

Over here, we talk about the causes, symptoms, diagnosis and treatment options that are available for those who are affected by it.

PMDD may, or may not also be associated with some kind of abnormal menstruation.

The symptoms of PMDD are identical to those of PMS, except these are more debilitating or severe.

These symptoms are usually there during the week before menses and disappear within the first few days after the menstrual onset.

No woman who experiences the symptoms of PMDD can go about their normal lives unless they opt for treatment right there and then.

Daily activities aside, the condition also affects relationships with family and friends.

Common and rare PMDD symptoms include:

Women who have PMDD may also have skin problems such as inflammation and itching, acne and worsening cold sores.

Most of these symptoms are also linked to anxiety.

There are some people who theorize that PMS and PMDD aren’t real problems, and that people are just making them up. Is this actually the case? You probably don’t think so if you’re experiencing these symptoms. Learn more here: Is PMS/PMDD Real?

No physician has identified the exact cause of PMDD and PMS yet, but it is believed to stem the brain’s abnormal response to a woman’s normal hormone fluctuations during the menstrual cycle. This could, in turn, lead to a deficiency in the neurotransmitter serotonin.

Some women are even more likely to experience PMDD than others, especially those who have had a personal or family history of mood disorders, postpartum depression or depression.

Because the symptoms of PMDD may be similar to those of other conditions, health care providers are likely going to perform a physical exam, require a medical history and perform certain tests in order to identify other conditions before making a diagnosis.

A symptom chart may also be used to determine any correlation between PMDD symptoms and the menstrual cycle.

The guidelines from the American Psychiatric Association (APA) Diagnostic and Statistical Manual 5th Edition (DSM-V) state that the symptoms of PMDD have to be present for a minimum of two consecutive weeks before a diagnosis of PMDD is made.

According to the guidelines, the symptoms must:

To make a PMDD diagnosis, the patient must experience at least one of the five following symptoms:

Other PMDD symptoms may include:

If you answer “yes” to one or more of these questions, check with your doctor to find out if you have premenstrual dysphoric disorder. You’ll also be able to find out the treatment options that are available to you.

PMDD Quiz: what are your results? Leave a comment below and let us know.

Do you have normal PMS (pre-menstrual syndrome), or is it something more? Find out here.

The two types of medication that may ease the symptoms of PMDD are those that impact the central nervous system (CMS) and those that affect ovulation.

Some examples include the use of:

Cognitive therapy has had some successes for those with PMS symptoms. And when combined with medication, they can also help those with PMDD symptoms.

In spite of the numerous supplements and other home remedies that are recommended for the treatment of PMDD symptoms, there is insufficient evidence to support its desired results as well as long-term safety with their use.

According to a meta-analysis published in the Journal of Chemical and Pharmaceutical Science (JCPS) in 2016, it says that vitamin B6 could be a “beneficial, inexpensive, and effective treatment for PMS symptoms.”

However, evening primrose oil has not proven to be effective according to two reviews published in 2009 and 2011.

The 2009 study further found that magnesium oxide was proven to be ineffective in the same manner as what the 2011 study concluded on St. John’s wort.

On the other hand, several researchers have revealed concluded that calcium supplements and vitamin D can lower the severity of both the symptoms and risks of PMS as well as shield them from osteoporosis. It may indicate that these might also help with PMDD. 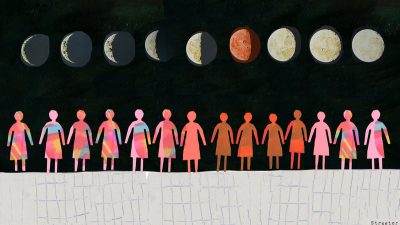 Other possible alternative remedies that have been used for PMS and may help with PMDD, include:

However, the effectiveness of their use has yet to be confirmed.

Stress management techniques, exercises, the knowledge of viewing menstruation in a positive light may help with PMDD.

Dietary changes can include:

Alternative Treatments for this Menstrual Disorder

Other Tips for Dealing with PMDD

Other PMDD-easing strategies may include:

Lastly, if you begin to experience any of the symptoms of PMDD, it is essential to seek immediate medical attention from your healthcare provider.

According to Harvard Health, the usual advice about what to eat, and not eat given to women who experience PMS may not work with this menstrual disorder. The usual advice consists of consuming less sugar, caffeine, and alcohol, as well as eating more frequent, smaller meals.

There are some preliminary studies which show that what might actually help is to eat high-protein foods and complex carbs. These types of food can raise levels of neurotransmitters such as serotonin, which are known to boost mood.

Am I Pregnant, or is it PMS? 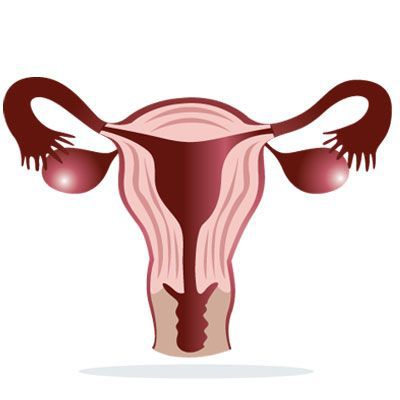 If you’re having some more PMS symptoms than normal, you may in fact just be pregnant. You can learn more about it here:

PMDD Symptoms, but After my Period

Some people experience symptoms of PMS, but after their period is done. It’s not that common, and it’s certainly not that well understood, but it is a real thing. You can learn more about it here:

Symptoms of PMS After Period

Premenstrual Dysphoric Disorder: Have your Say!

Do you, have any tips or tricks for dealing with this menstrual disorder? Leave a comment below and let us know your thoughts.

What Does PMSing Mean? | How to Deal with PMS ing