You are here: Home / Menstrual Cup FAQs / I Switched to the Saalt Cup. Here’s What Happened

I switched to the Saalt Cup to see what would happen. I’ve hated tampons for decades, but didn’t really know there were other options. But, I heard about menstrual cups from a friend and decided to take the plunge.

There are some menstrual cup horror stories, but there are also a lot of people who love them. What’s the real deal? Would I love the Saalt Cup, hate it, or something in between? My guess was love, but you can find out more about my experience here.

Here’s what happened when I switched to the Saalt Cup: 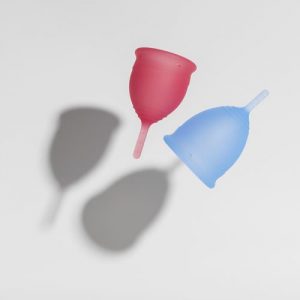 I switched to the Saalt Cup: Here’s What Happened.

#1: I Felt Good about My Period

When I switched to the Saalt Cup, I started to feel way better about my period. For all those years, I never really felt good about throwing all that plastic into the trash. It has to go somewhere, you know?

Anyway, when I switched to the Saalt Menstrual Cup, I felt good about the whole thing. No more period trash. I stopped wasting money. No more toxic chemicals in my vagina.

The other thing that I loved is how easy it is. You can leave it in for up to 12 hours. The capacity is 3x more than a jumbo tampon. Hiking: yes! Swimming: no problem. Travel: lot it.

Try it out for yourself. My guess is that you’ll feel pretty good about the whole thing too.

#2: I Got Over the Ick Factor Quickly

Before I switched to the Saalt Cup, I felt like it would be really, really gross. I’d get menstrual fluid all over my hands and it’d be all over the toilet and sink. I kind of thought my bathroom would look like a horror movie set.

The reality? It did look like that sometimes, especially at the beginning when I didn’t know what I was doing. I really did get menstrual fluid on my hands almost every single time I inserted, or removed my cup.

Was it as gross as I thought it would be? No. The first couple times weren’t great. After that? I just got used to it.

#3: I Still Had Cramps with the Saalt Cup

Okay, so this is not something that the company behind the Saalt Cup claims, but some menstrual cups claim to reduce menstrual cramps. It’s a common myth about menstrual cups that circulate around the Internet.

This most certainly wasn’t true for me. I still had my regular menstrual cramps. It doesn’t even seem possible that a menstrual cup would reduce them. Maybe it is? I’d love to see some studies.

Tampons are expensive. It’s actually one of those things that used to sit in the back of my mind, making me feel pretty unhappy. It just felt like such a waste of money every single month. I was just so, so tired of tampons.

The Saalt Cup costs more money up-front, but in just a few months, I had saved money when compared to tampons.

And that felt good. Really, really good. Seriously. Try it out for yourself.

Save Money with a Menstrual Cup

Okay, so when I switched to the Saalt Cup, I had visions of dancing merrily through meadows, free of any other period products besides this glorious menstrual cup.

The reality? Most people use something as a backup, particularly when they’re just getting started. If you don’t insert the Saalt Cup correctly, it will leak. It can also overflow if you have a heavier period and don’t empty it frequently enough.

As for what to use, most people just use disposable pantyliners or light pads. I personally use reusable cloth pantyliners. Green period products for the win!

I Switched to the Saalt Cup: Have your Say!

What happened when you made the switch to the Saalt Cup, or other menstrual cup? Leave a comment below and share your thoughts with us.

I Switched to the Diva Menstrual Cup: What Happened?

Lunette Cup: 5 Things that Happened When I Switched