You are here: Home / Menstrual Cup FAQs / Why is My Period Called Shark Week? Find out all the Details Here

Saying that it’s “shark week” right now for you can be funnier and less outdated than saying:

So, why not go for it? I personally love saying Shark week. If it’s easier for you to talk about shark week than it it about menstrual fluid and blood, tampons and pads, then use it proudly!

Shark week and periods. What do they have to do with each other? At first glance, seemingly nothing. But, let’s dig a bit deeper and find out what the connection is.

There’s blood in the water! 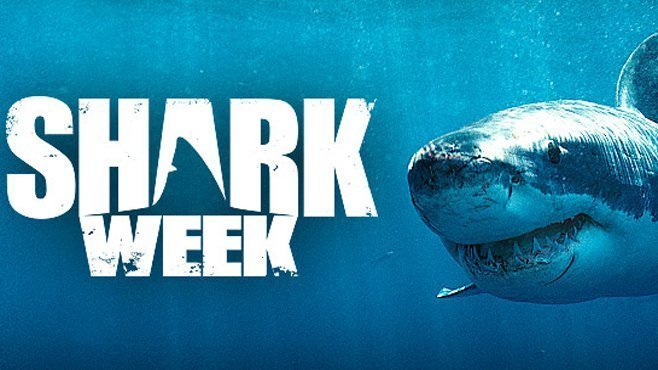 Everything you need to know about shark week and menstruation.

Reason #1: There’s Blood in the Water

One possible reason for the association is that sharks are interested in blood. I mean, we’ve all seen those TV shows about cage diving with sharks where they chum up the water with bloody fish and then it becomes this crazy feeding frenzy.

It’s scary stuff, but is this really the reason that menstruation is now associated with sharks?

Menstruation involves blood as well, but it’s still more than this.

You may have guessed. A shark’s brain very closely resembles a vagina. Take a look at this picture below comparing the two: 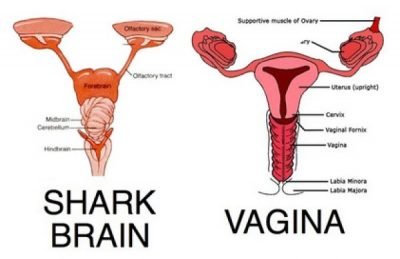 Shark Brain and a Vagina, Compared

It’s like nature has somehow given us this gift and it’s out duty to take it and run with it!  I’m honestly not sure how they could more closely resemble each other!

Check out this shark week rap for a hit of awesome in your life:

What are your thoughts about using shark week to talk about the time that you’re on your period? Love it, hate it, or just don’t care?

The first thing to keep in mind is that most people use some sort of protection when swimming or diving. For example, a menstrual cup or tampon. This means that you won’t actually have any blood leaking out of you.

But, what if it does? Contrary to popular belief, sharks don’t actually have an amazing sense of smell. What they are good at is sensing electromagnetic fields. What this means for you is that you are just as likely to get attacked by a shark during shark week, or not during this time.

Also keep in mind that the possibility of dying from a shark attack is very low. You’re WAY more likely to die crossing the street, so look both ways first, okay?

Does CBD Work for Menstrual Cramps? All the Details Here

Scuba Dive on your Period: Possible?

Is White Discharge a Sign of Period Coming? | Discharge Before Period

« DoTERRA Clary Calm Review | Essential Oil for the Menstrual Cycle
Can I Use a Female Urination Device in the Car? Find out Here! »