You are here: Home / Menstrual Cup FAQs / Cryptomenorrhea: What is it? | Signs and Symptoms 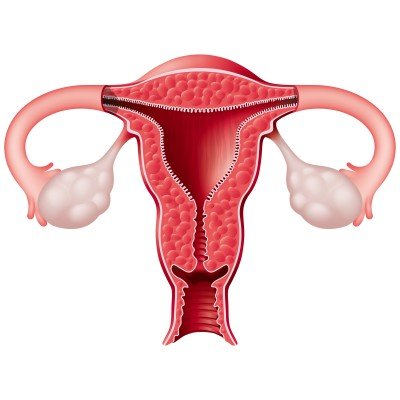 Basically, Cryptomenorrhea is a blockage in the flow of menstrual fluid. The person is menstruating like normal, but the fluid isn’t able to exit the body for some reason.

Keep on reading to learn more about this serious medical condition, including treatment options and possible complications.

There are various types of menstrual disorders, but this is one of the most serious ones.

Cryptomenorrhea also known as hematocolpos, is a condition in which the menstrual flow is blocked by an obstruction in the vagina. This obstruction could be congenital or acquired, complete or incomplete. Menstruation can still occur, but it wouldn’t be visible.

In this condition, the endometrium which is the inner lining of uterine cavity, is shed, but congenital obstruction like a vaginal septum or part of the hymen holds the menstrual flow in. Anyone with cryptomenorrhea might seem like they have amenorrhea (lack of menstrual cycle), but will experience cyclical menstrual pain.

For example, you may not have a period, but you’ll still have menstrual cramps, Pre Menstrual Syndrome, tender breasts, etc.

Due to congenital obstruction, tissue residues and menstrual blood will be collected in the vagina, and thus lead to the development of other issues. At this time, the patient is at the age of puberty.

Symptoms of a Blockage of Menstrual Fluid

Cyclical lower abdominal pain and primary amenorrhea are the primary concerns of this condition. Amenorrhea is the absence of menstruation, and primary refers to someone who hasn’t gotten their period by the age of 15.

If someone hasn’t menstruated by the age of 15, there are a number of possible reasons for this. However, a blockage of the menstrual flow could certainly be one of them and it’s something that your doctor will check for.

Both of these conditions involve no visible menstrual fluid. The difference is whether or not menstruation is actually occurring.

With Cryptomenorrhea, menstruation will occur as normal but the flow will be blocked for some reason. You will likely experience cyclical menstrual pain like cramping.

With Amennorhea, there is no menstruation for some reason. 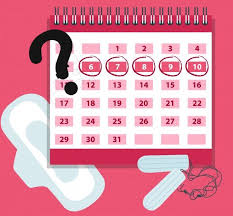 Learn more about Amennorhea, or lack of menstruation

The signs usually begin to appear at the age when menstruating begins to occur (from 10-15).

Blockage of Menstrual Flow is Associated With the Following Conditions

Cryptomenorrhea can lead to the development of a number of diseases such as:

Endometriosis is a condition in which the cells grow on the outside of the uterus instead of the inside like it does with the endometrium. Much of this occurs on the fallopian tubes, ovaries, as well as the tissues around the ovaries and the uterus. In rare cases, it could also occur in other parts of the body. Main symptoms include infertility and pelvic pain.

Urinary or bowel symptoms are some of the lesser known symptoms. 25% of affected women experience no symptoms. Endometriosis can have both psychological and social effects.

Hematometra is a condition in which blood is retained or collected in the uterus. This is caused mainly by transverse vaginal septum or an imperforate hymen. Hematometra causes cyclic, cramping pain in the the lower abdomen or the midline of the pelvis. Some patients may report urinary retention and urinary frequency.

Because of the blood that is collected in the uterus, patients can develop a vasovagal response or low blood pressure. When the uterus is palpated, it usually feels enlarged and firm.

Hematosalpinx is a condition in which there is bleeding in the fallopian tubes. Various causes lead to the development of this condition and the most common one includes tubal pregnancy. Blood can seep into the peritoneal cavity, which then leads to a hemoperitoneum.

This condition can also be linked with tubal carcinoma or endometriosis. Also, if the menstrual blood that has been blocked, is caused by transverse vaginal septum and then gets backed up, it could result in a hematosalpinx.

Vaginal septum is a congenital partition within the vagina, which could be either transverse or longitudinal. For some affected women, the septum does not extend the width or length of the vagina.

Experiencing pain during sexual intercourse could be a symptom. During embryogenesis, longitudinal vaginal septum is formed where there is a lack of fusion in the lower parts of the two Müllerian ducts. As a result, the vagina could have two openings.

There could be association duplications in the more cranial parts of the Müllerian derivatives, uterus didelphys, a uterine septum and a double cervix. During embryogenesis, a transverse septum develops when there is no fusion between the Müllerian ducts to the urogenital sinus.

A complete transverse septum could happen at different levels across the vagina. And because of this, the menstrual flow can get blocked, which is a cause of primary amenorrhea. Some transverse septa are not complete and could lead to obstruction in labour or dyspareunia.

Imperforate hymen is a congenital disorder that brings about cyclical abdominal pains, diarrhea, nausea, low back pain, constipation, amenorrhea and urine retention in adolescent girls. This is when a hymen without an opening fully blocks the vagina.

This happens because the hymen does not perforate during fetal development. This condition can be treated by surgical incision of the hymen. Newborns affected by this disorder can get urinary retention.

If not treated before puberty, this could lead to peritonitis or endometriosis because of retrograde bleeding. It can also cause hematometrocolpos (dilatation due to buildup of menstrual fluid) or mucometrocolpos (dilatation of the vaginal canal and uterus due to mucous buildup). Both of these can then cause constipation, urinary retention and urinary tract infection.

An imperforate hymen is commonly diagnosed in pubertal girls after they reach the age of menarche. At this stage, the symptoms encountered with imperforate hymen are indicative of hematocolpos, which is secondary to vaginal obstruction.

On vaginal inspection, an imperforate hymen is usually seen as a bulging blue membrane. If there is hematocolpos, a mass is felt on rectal or abdominal examination.

Treatment Options for an Imperforate Hymen

Before surgical intervention, adolescents can consume the combined oral contraceptive pill to relieve them from the symptoms of imperforate hymen, which in turn can also suppress the menstrual cycle if taken continuously. By hymenotomy, surgical treatment of the imperforate hymen usually involves making cruciate incisions of the hymen, draining the vaginal uterus and canal as well as excising hymen segments from their bases.

Those girls (or their parents) who wish to preserve their hymens can opt for surgical techniques that can excise the hymen’s central flange. However, the for the surgical hymen repair is debatable; some doctors believe that it is best to apply this after the neonatal period, whereas others think that it’s best to wait until puberty, when estrogenization is finished.

This condition is simple to diagnose by ultrasound so be sure to check in with your doctor.

There are a few different options which depend on the severity of the condition. They include:

There are no natural treatment options for this condition, and you will have to seek help from a medical professional.

Do you have any questions or comments about this condition? Leave a comment below and let us know.

« Brown Discharge After Period: Why it Happens | Treatment Options
Dysmenorrhea: What is it? | Painful Periods | Menstrual Pain »