You are here: Home / Menstrual Cup FAQs / Dysmenorrhea: What is it? | Painful Periods | Menstrual Pain 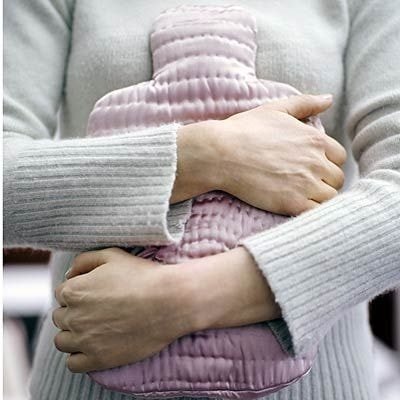 Dysmenorrhea: What is it?

Dysmenorrhea, is a medical term that refers to the pain experienced during menstruation. This is a disorder which is caused by uterine contractions. There are two kinds of dysmenorrhea:

This is menstrual pain which happens because of a normal menstruation process and is not related to an underlying gynecologic disorder. It is the most common form of dysmenorrhea that affects more than half of the women population and is known to be severe in 10%. This occurs mainly in late adolescence and in the early 20s.

However, the problem withers away with many women upon maturity, specifically after pregnancy. Even though this type of dysmenorrhea can be painful or even severely painful at times, it is not harmful.

This is the kind of menstrual pain that occurs when there is a disorder in the woman’s reproductive organs, like uterine fibroids, endometriosis, adenomyosis or infection.

Thankfully, most of these disorders can be treated with surgery or medication. Secondary dysmenorrhea potentially occurs mostly in women during their adulthood.

Is Pain During Periods Good or Bad?

A common question that people have is whether or not pain during periods is good or bad. It’s never really a good thing. However, it’s not a big deal if you have menstrual cramps that are not severe.

When painful periods are bad is if it’s caused by something like fibroids or an infection that we just mentioned.

What Are The Causes Of Dysmenorrhea?

The causes of painful periods depend on if it’s primary, or second Dysmenorrhea.

Primary dysmenorrhea is caused by a chemical called prostaglandin that make your uterus contract during childbirth or menstruation. This pain usually happens when the lining (endometrium) is shed during menstruation. Eventually, this leads to not just contraction of the uterus, but also decreased blood flow to the uterus.

There are other factors that make primary dysmenorrhea pain even worse than ever: a uterus tilting backwards rather than forward; lack of exercise; irregular, heavier or longer menstrual periods; drinking alcohol; smoking; social or psychological stress; being overweight; menstruating before the age of 12; and having a family history of dysmenorrhea.

Pain is the most common symptom of dysmenorrhea. It occurs in the lower abdomen during menstruation, as well as in the lower back, hips or thighs. Other symptoms that have been documented include diarrhea, vomiting, nausea, fatigue, headache or lightheadedness.

Many women experience this pain a little before or at the start of their menstrual period. It usually peaks about 24 hours after bleeding and then goes away after two or three days. There are also times when clots or pieces of blood tissue are dispelled from the uterus lining, thereby causing pain.

Menstrual pains can be congestive (deep, dull ache) or spasmodic (severe pelvic pains that occur at the beginning of menstrual flow). Secondary dysmenorrhea symptoms quicker during the menstrual cycle than the ones with primary dysmenorrhea, and could last longer as well.

Primary dysmenorrhea are usually severe in 5% to 15% women, which is enough to interfere in their daily activities and could cause them to miss school or go to work.

If you have been experiencing unusual or otherwise severe menstrual cramps for the last 2 or 3 days, then you should contact your doctor right away. They can help identify the causes for both primary and secondary dysmenorrhea as well as suggest an appropriate treatment for it.

Your doctor will first ask you to describe the symptoms of the disorder as well as menstrual cycles. They will even perform a pelvic examination, in which the doctor inserts a speculum, which is an instrument that examines the vagina, uterus and cervix. During this process, the doctor will feel for any lumps or changes. They might also take a sample of the vaginal fluid for testing.

In case there is a possibility of a secondary dysmenorrhea, then further tests will be required. But if a problem has been found, then your healthcare provider will suggest treatments.

If for instance, you use tampons and experience the following symptoms, then get immediate medical help:

These are usually the symptoms of toxic shock syndrome, which is a fatal illness.

Learn More About Diagnosis and Treatment of Menstrual Pain

Your doctor will prescribe medications based on the severity of the type of dysmenorrhea you have.

For instance, primary dysmenorrhea can be treated by analgesic medication. Nonsteroidal anti-inflammatory drugs (NSAIDs) such as naproxen and ibuprofen can provide relief for many women.

If you have a very heavy period, these drugs can also help to reduce the flow, along with reducing the pain.

Hormone medications can also be prescribed. Oral contraceptives can reduce the severity of dysmenorrhea symptoms. Antinausea (antiemetic) medication can reduce symptoms of vomiting and nausea, but they usually go away on their own when cramps subside.

Hormonal treatments such as diagnostic laparoscopy, or transcutaneous electrical nerve stimulation (TENS) may be considered. Surgery can help widen the cervical canal if it is too narrow or remove fibroids.

There are also a number of alternative treatments and home remedies that you might to consider for period pain.

Consider the Livia for Painful Periods

The Livia calls itself the “Off switch for period pain.” It’s approved by the FDA, and has been shown in studies to reduce menstrual cramps.

Basically, it’s a small machine that emits a frequency designed to reduce menstrual pain. It’s similar to a TENS machine that you mind find at a physiotherapist’s office.

It comes with a 2-year warranty, and a 60-day money-back guarantee if you find that it doesn’t work for you. Although expensive, if you experience some serious cramps, you may want to give it a try. It’s also been shown to reduce menstrual flow and fatigue.

You can check out the Livia for yourself over on Amazon:

Apart from the treatments listed above, here are some natural ways to relieve dysmenorrhea pain: 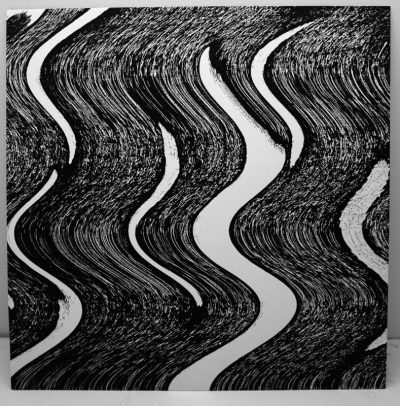 Learn more about the Types of Menstrual Disorders

Menstrual Pain: Have your Say

Do you experience menstrual pain? What was the cause, and how did you solve this problem? Leave a comment below and let us know your thoughts.

16 Natural Ways To Get Rid of Period Cramps | Menstrual Pain