Menstrual cups are very popular these days, and there are more than a hundred brands to choose from. But, when was the first menstrual cup invented? What is the history of period cups?

Keep on reading to find out! 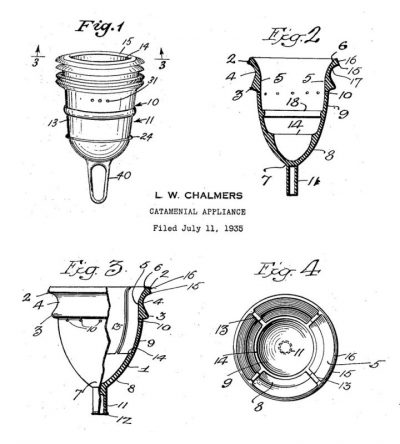 The American actress and singer, Leona W Chalmers is credited with inventing the first menstrual cup. She was frustrated at the lack of feminine hygiene options and wanted to offer a better solution to the cumbersome belts and pads that people were using at the time.

Her menstrual cup was made from rubber (latex) and began production before WW2. She experienced a temporary setback when rubber shortages forced her to stop production.

The company resumed production after the war ended, with a softer menstrual cup made from vulcanized rubber.

However, Chalmer’s period cup never became very popular. There were simply too many stigmas at that time and most people were uncomfortable with touching, or inserting things into their vagina.

It was also during this time period that disposable products became widely available. Like today, many people prefer to simply flush their sanitary products down the toilet or throw them in the trash. 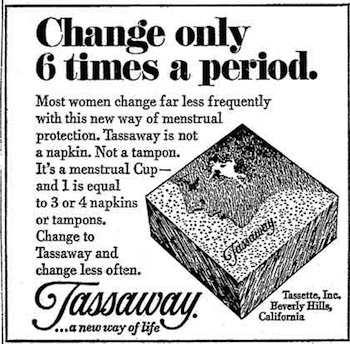 The Tassaway Cup, one for the history books.

In the late 1950’s, the Tassaway Cup came into production. The company, Tassette was founded by Robert Oreck, and they introduced their menstrual cup with a big advertising push. The Tassette company was never profitable and their period cup disappeared in 1973.

The owner claimed the failure was due to a couple of different factors:

For a 10 year period after the Tassaway Cup disappeared, there were no companies producing period cups.

The History of Menstrual Cups 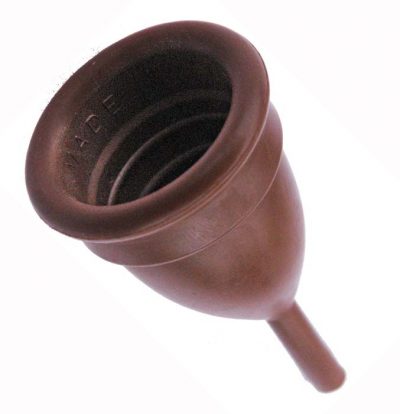 In 1987, the Keeper Cup began being produced and sold, mostly in the USA. The cup is still in existence today and is made from brown rubber (latex). It’s the stiffest menstrual cup that you can buy.

You can check it out for yourself on Amazon: The Keeper Cup. 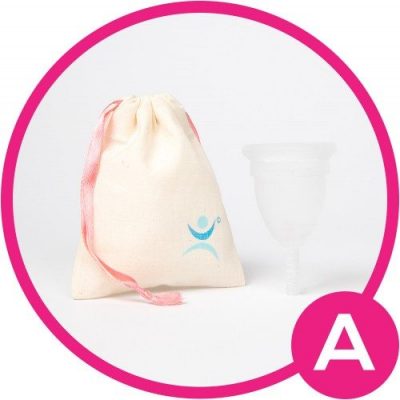 The MoonCup, the first menstrual cup made from medical-grade silicone.

The Keeper Cup works well for many people and it has some excellent reviews over on Amazon. The fact that it’s been around for decades is proof of that. It is, however, very stiff and there are also people who are allergic to latex.

In 2002, the first menstrual cup made from medical grade silicone (the Mooncup) was introduced. The company is based in the UK and they also manufacture their cup there.

The founders of the company wanted to offer a hypoallergenic, more comfortable alternative to the Keeper Cup.

They certainly succeeded with this! The MoonCup is one of the most popular menstrual cups in the world.

A Few Years Later: The Diva Cup and the Lunette Cup 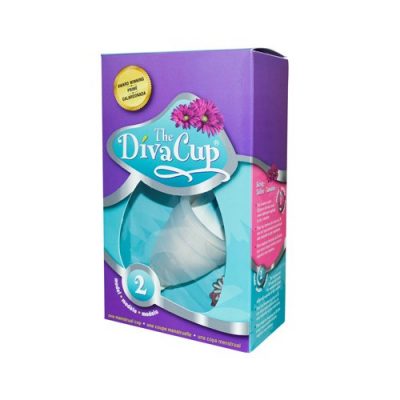 In short order, a couple other menstrual cups, the Diva Cup (2003) and the Lunette Cup (2005) began to be produced. These are not just cups for the history books though!

These three period cups (along with the Moon Cup) have dominated the market for years, and are still the most widely available, and best-selling menstrual cups. The Diva Cup is so popular that the name is often associated with menstrual cups in general.

In terms of sizing, design, and materials, the Mooncup, Lunette Cup and Diva Cup are all quite similar to each other. They’re made from medical grade silicone, have a kind of funnel shape to them and flat stem, and come in two sizes (small + large). They all have an average stiffness to them. 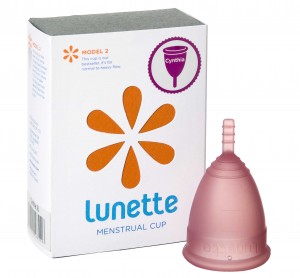 Beyond the Diva Cup, MoonCup and Lunette

These days, there are more than 100 menstrual cups for sale on Amazon.

Around half of them are very cheap menstrual cups that are made in China. They’re often made from sub-par materials that aren’t medical grade. They’re also quite flimsy and usually don’t work that well. It’s for these reasons that we don’t recommend them.

The other 50 or so menstrual cups are from reputable companies and made from medical grade materials. It’s usually silicone but the Meluna Cup is made from Thermoplastic Elastomer, while the Keeper Cup is made from latex.

These period cup companies have tried to differentiate themselves in a few different ways:

Menstrual Cup History: Have your Say!

Anything that we missed and you’d like to add about the history of menstrual cups? Anything surprising or interesting?

Leave a comment below and let us know your thoughts.

Who Invented the Female Urination Aid?