The Lena Menstrual Cup is quickly becoming one of the most popular menstrual cups in the world. It’s a top-quality cup that’s made in the USA from medical grade silicone.

People that try the Lena Cup really seem to love it, and it has some excellent reviews over on Amazon. Here are out Top 10 Things that Nobody Tells you About Using the Lena Cup. For the full review of the Lena, click here. 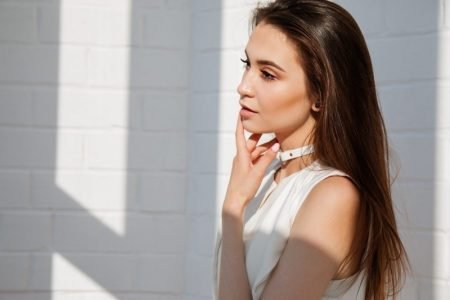 What People Don’t Tell you about the Lena Menstrual Cup

Okay, so you’re excited that your new Lena Cup just came in the mail. You open the package, and take a look. Wow! It’s huge, you might think to yourself.

Although the Lena Menstrual Cup is an average size menstrual cup, it does appear big if you’ve never used one before. It’s 3-4x bigger than an average tampon, so it can be pretty intimidating.

People who use the Lena Cup would sometimes have you believe that it never leaks. This isn’t really true. It does indeed leak, even if you’ve been using it for years.

There are times when you can insert it incorrectly. There are other times when you’re exercising and perhaps the seal gets broken. Maybe your period is really heavy and it’s too full.

A lot of people wear a pantyliner with their Lena Cup. Don’t worry, it’s okay.

How to Insert a Menstrual Cup

Okay, so all your friends are raving about the Lena Cup, or other menstrual cup brand. You excitedly buy one, and then try it out. There’s only one small problem. It’s leaking like crazy and you just can’t seem to quite figure it out.

The thing that nobody tells you about menstrual cups, especially the companies who sell them is that there’s a steep learning curve to them. It takes most people at least 3-4 cycles to really get the hang of it. This is totally normal and nothing to worry about!

The key is to not give up too soon. Persevere, put on a pad in the meantime and you’ll figure out how to use it.

Not sure about how to insert the Lena Cup? Check this out: How to Fold the Lena Menstrual Cup.

#4: You’ll Feel a Sense of Great Joy Walking by Feminine Hygiene Products in the Store

You can stop wasting ridiculous amounts of money by making the switch to a Lena Cup from tampons. Trust me. You’ll love it. 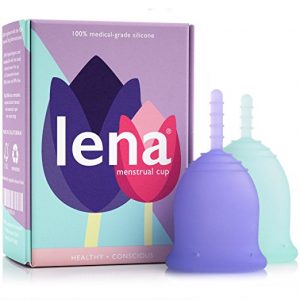 #5: You’ll want to Tell all your Friends all about the Lena Menstrual Cup

The vast majority of people LOVE their Lena Cup. You will probably want to tell all your friends about it. Did you ever think you’d be one of those people who’s always talking about their period.

Me neither. But, look at me now! I’m sharing the happy news about the Lena Cup with the world!

#6: You will Get Period Blood All Over Your Hands

It ain’t a clean experience to use the Lena Cup, let me tell you! It’s impossible to insert, or remove a menstrual cup without getting a little bit of blood all over your hands.

If this totally and entirely grosses you out, a menstrual cup may not be the period product for you. Tampons are a whole lot easier to get in and out without the bloodbath.

#7: The First Few Times May be Uncomfortable

Okay, so the first few times that you insert a menstrual cup, you may find it uncomfortable. The stem might be sticking out, or it may be caught in front of, or behind your cervix. These things can happen!

It’s a large object that you’re putting into your vagina. Don’t stress too much about this. Try to shift it around until it feels better. Or, take out the Lena Cup and try inserting it again.

Okay, so the companies who sell menstrual cups, including the Lena Cup make it all sounds like glitter and roses. It’s not, at first.

Just keep using it and you’ll become a menstrual cup pro in no time!

#9: You don’t Have to Worry about Running out of Period Supplies

Okay, so this is a little known benefit about making the switch to the Lena Cup. You’ll often hear that you can save money, and reduce your plastic waste, but not about this one.

By making the switch to the Lena Cup, you won’t have to worry about running out of pads and tampons anymore! You’ll love it, trust me on this one.

Worry about Running out of Tampons?

A menstrual cup is the ultimate product if you have a very heavy period. The Lena Cup has a capacity 2-3x more than a jumbo tampon, so you’ll be able to sleep through the night. Did you ever think that this would be possible?

Amazing, right? Try out the Lena Menstrual Cup for yourself and see.

What thing did nobody tell you about using the Lena Menstrual Cup? Leave a comment below and let us know your thoughts.

Like to Travel? Take the Lena Cup with You!

Diva Cup vs Lena Cup: Which One is Right for You?

« Feel Crappy During your Period? Top 5 Tips for Being Kind to Yourself
10 Facts About the Lunette Menstrual Cup »