If you’re trying to decide between the Ziggy Menstrual Cup vs Instead Soft Cup, you’re in the right place. They serve a similar function but are very different in terms of materials and reusability. Keep on reading for all the important details you need to know about them.

The Ziggy Cup and Soft Cup are very similar to each other. Both are designed to be worn during penetrative sex, and are two of the best options for non-messy period sex.

What’s the difference? The Ziggy Cup is made from medical grade silicone (same as most menstrual cups) and can be reused for years. The Soft Cup is designed for single use only. —>Check out our Top Pick Here<—

In design and function the Ziggy Menstrual Cup and Instead Soft Cups are actually very similar. Both of them are flat, flexible discs that sit right below the cervix.

The main reason that you’d buy either the Ziggy Cup or Soft Cups is because they can both be used during period sex. This is unlike regular menstrual cups (Diva Cup, Lunette Cup or Lena Cup to name just a few) that are firm, and sit low in the vaginal canal.

Most people report that neither they, nor their partner were able to feel the Ziggy Cup or Soft Cups during penetrative sex.

The major downside to either of these products is that they are a bit difficult to insert and remove. The learning curve is even steeper with these things than it is with regular menstrual cups.

This is particularly true if you have a long vaginal canal, or short fingers because you have to make sure these discs are right below your cervix.

Ziggy Menstrual Cup vs Instead Soft Cups: What’s the major difference? The Ziggy Cup is reusable for at least a few years, while the Instead Soft Cup is single use only.

It’s for this reason that we recommend starting with a box of Soft Cups to see if this style of menstrual cup works for you. If it does, consider investing in the reusable Ziggy Cup.

Ziggy Menstrual Cup vs Instead SoftCups

Previously, if you wanted to have sex during your period, you didn’t have a lot of options. Perhaps the best of the bunch were Soft Cups, which are flat, flexible discs that fit right below your cervix.

They work well, and most people find that they don’t leak, and they’re able to have non-messy sex during their period with them. Customer reviews show that most people weren’t able to feel them during penetrative sex.

However, they are disposable, which means that they can get expensive if used regularly. They are also not as eco-friendly as a reusable option like the Ziggy Menstrual Cup.

The best place to get Instead Soft Cups is on Amazon. Check them out here:

Intimina has recently come out with a new product, the Ziggy Cup. They are the same company that makes the Lily Cup, Lily Cup Compact, and Lily Cup One for Teens.

We’ve been waiting years for a reusable version of Instead Soft Cups and we’re happy that Intimina finally did it! Basically, the Ziggy Cup is a flat, flexible disc that fits right below your cervix.

It can seem big and intimidating, but once you get the hang of it, it’s actually pretty easy to use. Most people figure it out after 3-4 cycles, same as with a regular menstrual cup.

However, the Ziggy Cup isn’t really for everyone. If you have a very long vaginal canal/high cervix, you may have a really hard time with the Ziggy Cup. Another factor is the length of your fingers, and whether or not you have any wrist problems or injuries.

Remember that you have to put the Ziggy Menstrual Cup WAY up there, so give it a quick test with your fingers before you buy this thing to make sure you can actually reach your cervix without too much trouble.

You can check out the Ziggy Menstrual Cup for yourself over online:

—>Shop Now for the Ziggy Cup<—

How to Use the Ziggy Cup

What about Flex Menstrual Discs vs the Ziggy Cup? 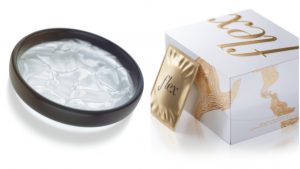 A common question that people have is about the Flex Menstrual Disc vs. the Ziggy Cup.

What is the Flex Menstrual Disc? It’s very, very similar to the Instead Soft Cup and is actually made the same company. Instead says that the Flex Disc is a newer, updated version of the Soft Cup.

In reality, the major difference is availability. You can get the Flex Menstrual Disc only by subscription, where the Soft Cup is available on Amazon or in stores.

For sake of comparison with the Ziggy Cup, you basically interchange “Soft Cup” with “Flex Disc” and the information would be the same.

How to Use Flex Menstrual Discs

Ziggy Menstrual Cup vs Instead Soft Cup: The Takeaway

Instead Soft Cups and the Ziggy Menstrual Cup are, in reality, very similar to each other. They are designed in a very similar way, and have much the same purpose: non-messy period sex.

The major difference between these two products is that the Ziggy Menstrual Cup is reusable, while Soft Cups are disposable.

This makes the Ziggy Menstrual Cup more affordable, and also considerably more eco-friendly. It’s for this reason that we give our solid recommendation to the Ziggy Cup!

Check it out here

What about the Thinx Blanket for Period Sex?

Move over Ziggy Cup, there’s a new product in town! Thinx, the makers of the popular brand of period panties have come out with a blanket that’s designed to be used for sex during your period.

It’s a nice blanket. Soft, comfortable, not hot and crinkly and it also doesn’t leak. The only problem? It’s close to $400.

That’s why we’ve put together this list of cheaper alternatives. That’s certainly way more money than we’re willing to spend, and our guess is that you might feel the same way.

Ziggy Menstrual Cup vs Instead Soft Cup: Have your Say

What are your thoughts about the Ziggy Menstrual Cup vs Instead Soft Cup? Leave a comment below and let us know. We’d love to hear from you.

10 Facts about the Ziggy Menstrual Cup

Can You Wear a Menstrual Cup During Sex? | Soft Cups